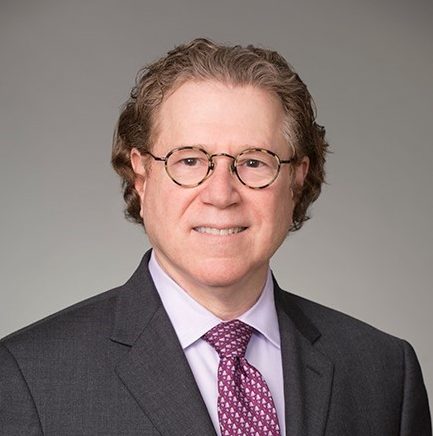 Joel Telpner is the Chair of Sullivan’s Fintech & Blockchain Practice. He was named as one of the Top 8 Fintech attorneys in America by the Chambers and Partners, Top 6 Leading Lawyers in Fintech by the Legal 500, and a “Trailblazer” in the National Law Journal’s inaugural Cryptocurrency, Blockchain and Fintech List, among other recognitions. Joel’s palette of experience includes time as an AmLaw 100 partner, the former U.S. general counsel of a global financial institution, and a venture capitalist.

Joel is a highly sought-after legal advisor in the blockchain space and a well-known thought leader in the industry. His representative client work includes advising the Marshall Islands in creating digital sovereign currencies; helping to launch ndau, a buoyant stablecoin virtual currency; structuring for Gita Holdings/GreatX a structured, principal-protected tokenized investment product allowing investors to obtain upside exposure to hotel room blocks in various hotel properties; as well as providing regulatory advice to prominent blockchain projects including Aeternity, IOTA, NEM, and Celsius. Joel’s clients describe him as a “very sharp and very experienced partner” who is “super pragmatic” and can “sort through the chaff and get to the nub of things impressively quickly.”

He structured some of the first token issuances and blockchain-based applications, including the first issuance of digital securities utilizing blockchain technology for Overstock.com, and helped Overstock’s tZero trading platform obtain the necessary regulatory approval to trade crypto securities.

Being recognized worldwide as an authority on blockchain and digital asset issues, Joel currently sits on several of the industry’s leading research groups and has spoken extensively worldwide. He works on global regulatory policy initiatives for the Chamber of Digital Commerce, the Blockchain Research Institute, the Global Blockchain Business Council, Wharton Reg@Tech, and the Wall Street Blockchain Alliance’s Legal Working Group. He co-founded the Stablecoin Foundation, a global trade association for stablecoins in October 2018.

His skill to express the new and extremely complex legal issues in plain English has made Joel a go-to source for conferences and reporters around the world. In the past, he has spoken at Consensus, the World Economic Forum’s Blockchain Central in Davos, Harvard Law School, the Government of the Bahamas, and the Carnegie Corporation and been quoted by Forbes, Reuters, and CoinDesk, among others. He has been active in this space since 2014.