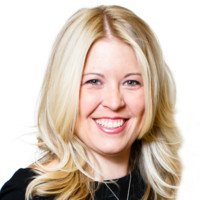 Member of the Parliament |

The Honourable Michelle Rempel is the Member of Parliament for Calgary Nose Hill. She was first elected to the House of Commons in 2011 and re-elected in 2015. Michelle is currently serving as the Shadow Minister for Industry and Economic Development.

Michelle has held the positions of Minister of State for Western Economic Diversification, the Parliamentary Secretary to the Minister of the Environment, the Shadow Minister for Immigration, Refugees and Citizenship, and was the Vice-Chair of the House of Commons Standing Committee on Citizenship and Immigration. . Michelle has twice been named Maclean’s Magazine’s Parliamentarian of the Year – Rising Star, calling her “one of the government’s most impressive performers.” In 2016, Michelle was also named to the Forum of Young Global Leaders, an integral part of the World Economic Forum. Prior to entering politics, she was named one of “Canada’s Top 100 Most Powerful Women” by the Women’s Executive Network.